Not the most interesting of jobs this, but I’ve been tripping over this propshaft in the garage for ages and it’s grim outside.

One of the universal joints (UJ’s) had seized in one plane, meaning it (or possibly the whole prop) needed replacement.

First thing to check was whether the telescopic splined section (which allows the prop to change length as the suspension does its thing) had any play. If there was play here, I would have just replaced the prop.

This one had no play, meaning it was worth changing the UJ.

The UJ is basically two pairs of trunnions, with a needle roller bearing on each trunnion. These allow the prop mounting flanges to be misaligned about two axes as the prop rotates. 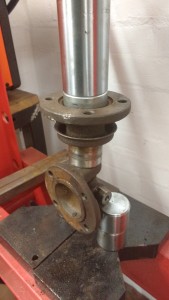 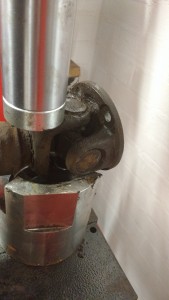 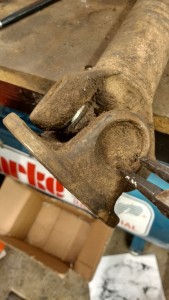 The UJ is removed by first removing the internal circlips from the yokes, then popping the bearing caps out with the aid of a vice or press. The bearing caps are a light interference fit – they won’t go in by hand, but they shouldn’t require a huge force to insert/remove. 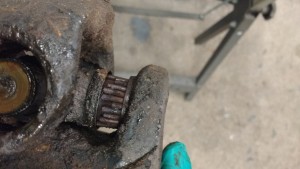 UJ’s need to be greased regularly, particularly if used off road. No prizes for guessing why this one seized – poor lubrication meant one of the bearings was completely dry.

The grease nipple was missing too, so who knows when it had last been greased. 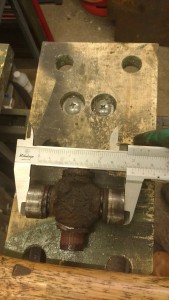 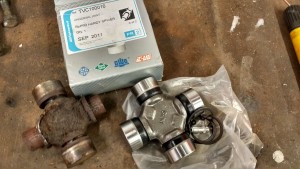 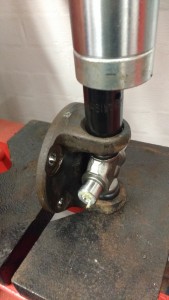 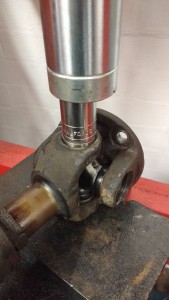 In the classic Haynes style, replacement was the reverse of removal. After cleaning up the yokes the trunnion and bearing caps were loosely assembled in the yokes before pressing the bearing caps home.

A smear of grease was added to the circlip grooves before fitting the new circlips, the grease nipple was screwed in to the UJ and some grease pumped in. 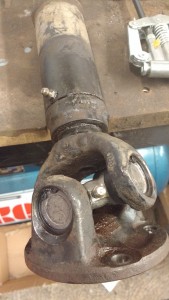 While the prop was off, I cleaned out the other grease nipples and put fresh grease in the telescopic section and the other UJ. Job’s a good ‘un.