A guy I used to work with once said that a chassis is practically a service item on a Land Rover. To an extent, he was right – there’s so much salt used on the roads around here in winter that rust is the no. 1 landy killer.

Ultimately, any Land Rover used for long enough in salty conditions is going to need a new chassis. No harm in delaying it with some pre-emptive treatment of the chassis though.

I’m not a big fan of waxoyl – I’ve seen too many occasions where it has dried out, cracked, and trapped water against the chassis.

This 110 hasn’t yet had the galvanised chassis treatment, and was waxoyl’d by the previous owner. This picture shows what I mean fairly well. 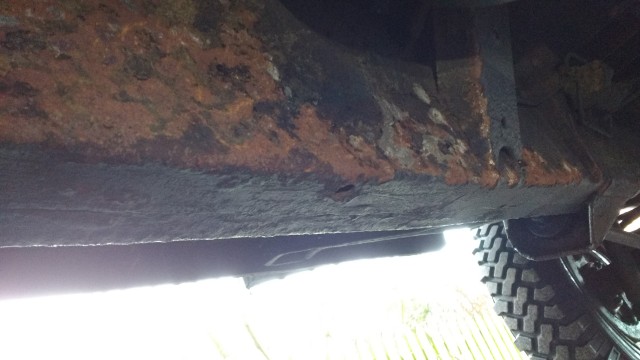 At a glance, the chassis looked black and well coated, but 10 seconds with a scraper showed that the waxoyl hadn’t adhered properly, and was hiding some surface rust.

I’ve had much more success using a mixture of used engine oil and waxoyl*. This mix never really sets like pure waxoyl does, so it can’t peel off in the same way. I use something like a 50/50 mix – no real science behind that, it just seems to be about the right consistency.

*Other brands are available, it seems to be pretty much the same stuff.

I apply with an airline paraffin gun. The long nozzle gets the mix where it needs to be, and the blast of air also removes any old, peeling waxoyl as you go. It’s also precise enough that you don’t cover everything in overspray – you don’t want to get the oily mix on any rubber parts, and it’s pretty messy so getting it only where it needs to be is a good thing. 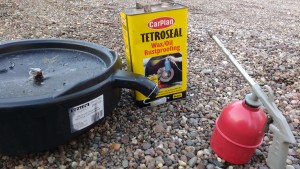 The process doesn’t take long – a couple of hours, max, to do the whole thing. Over time, spots which need it can be touched up on a dry day, and I’ll do a full coat at least once a year. 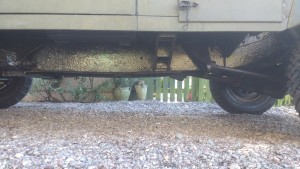 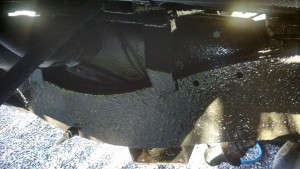