More electrical gremlins in the 110.

I was towing the RRC down the dual carriageway whilst moving house, when I noticed that the sidelight repeaters on the trailer were out.

Pulled over to investigate and found that I had no tail lights on either the 110 or the trailer, despite them working when I hooked up the trailer that morning. No worries – that’ll just be a blown fuse, thought I.

Removed the tail light fuse and…. it wasn’t blown. This was bad, as it was getting dark. 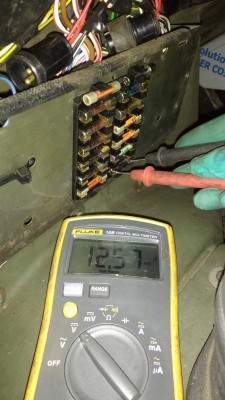 I was getting battery voltage out of the switch and at the fusebox, but not at the lucas connector at the rear of the vehicle which feeds the lights. This didn’t look good, as last time I saw this there was a break in the chassis loom. Thankfully before condemning the loom I double checked what was going on at the fusebox, and it turned out that only the input side of the box was live – there was 12 v potential across the fuse itself.

Removed the fuse again and noticed some hefty green deposits on the fuse holder. The copper had obviously corroded to the point that it wasn’t getting a good connection with the fuse. The extra load from having the trailer attached must have caused whatever small area of uncorroded copper that was in contact to overheat and soot up, breaking the circuit.

I gave the terminals a quick polish, refitted the fuse and the lights were back in business. Shazam. 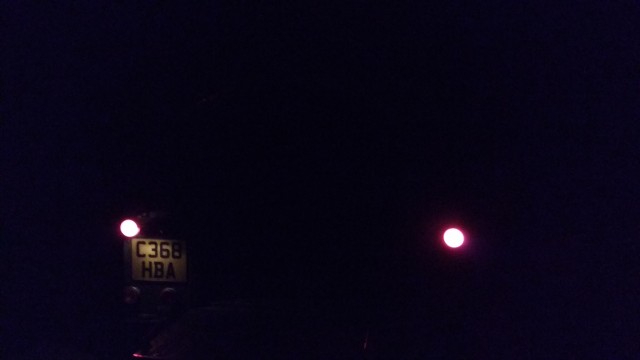 Possibly the easiest electrical fix ever, but I’d not encountered corroded fuse holders before so not (at the time) immediately obvious to me.

This 110 is ex-mod, so has the NATO 6-way lightswitch. This allows the tail lights to be switched on without the sidelights. 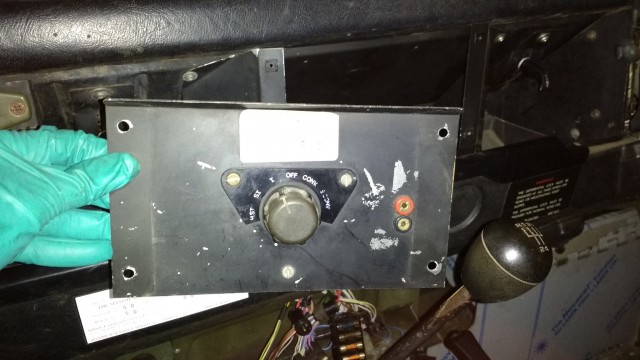 I mention this as, while testing the circuits and cleaning up the other fuse holders when I got home, I noticed these 2-pin connectors lurking behind the fuse panel. 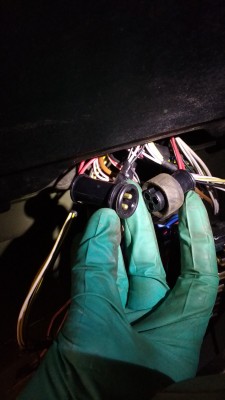