I quite like a canvas soft top (or tilt, in Land Rover parlance). They’re not nearly as bad for condensation as a plain hardtop, and they also seem (counter-intuitively, perhaps) to be quieter and warmer. Also, rolling the sides up on a warm summers eve is brilliant! 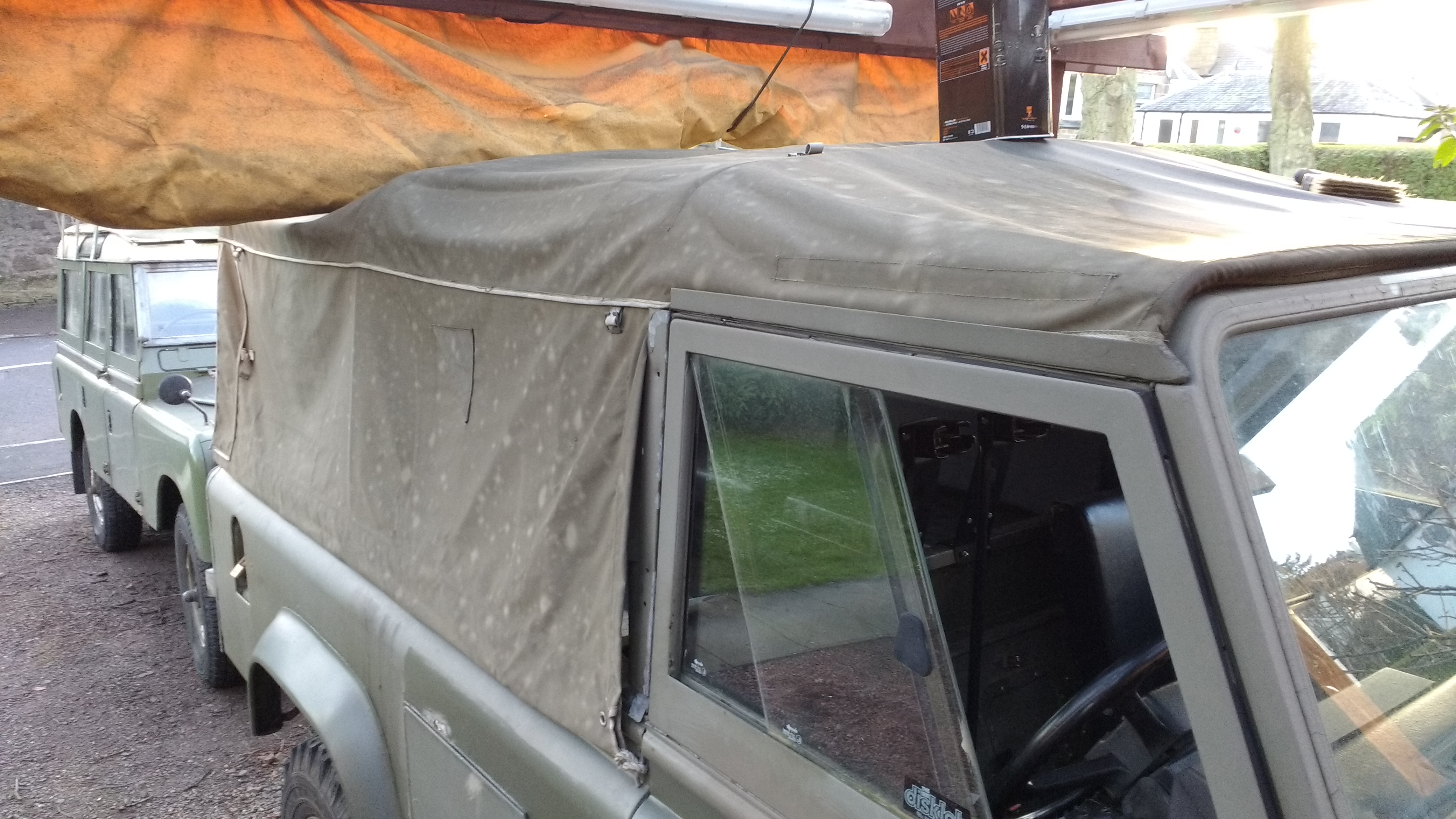 Unlike a hardtop though, a tilt does need some love from time to time. If water doesn’t bead off it, it could probably do with being re-proofed.

If left untreated, they can go mouldy and eventually they’ll start to leak.

By the looks of things, this one has had zero love since being released from the MOD in 2012. It’s got that ‘dry’ look to it that suggests it hasn’t seen any waterproofer in a bit too long. 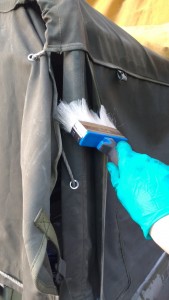 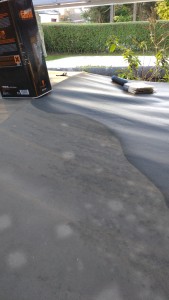 Enter the silicone-base waterproofer (Fabsil in this case, other brands are no doubt available).

Once the tilt was well tied down to prevent shrinkage, I used a wallpaper brush to apply the fluid. This type of brush gives fast coverage but also gets in about the nooks and crannies quite well.

When done, it should look well wetted all over. It’ll also smell EPIC for a few weeks! 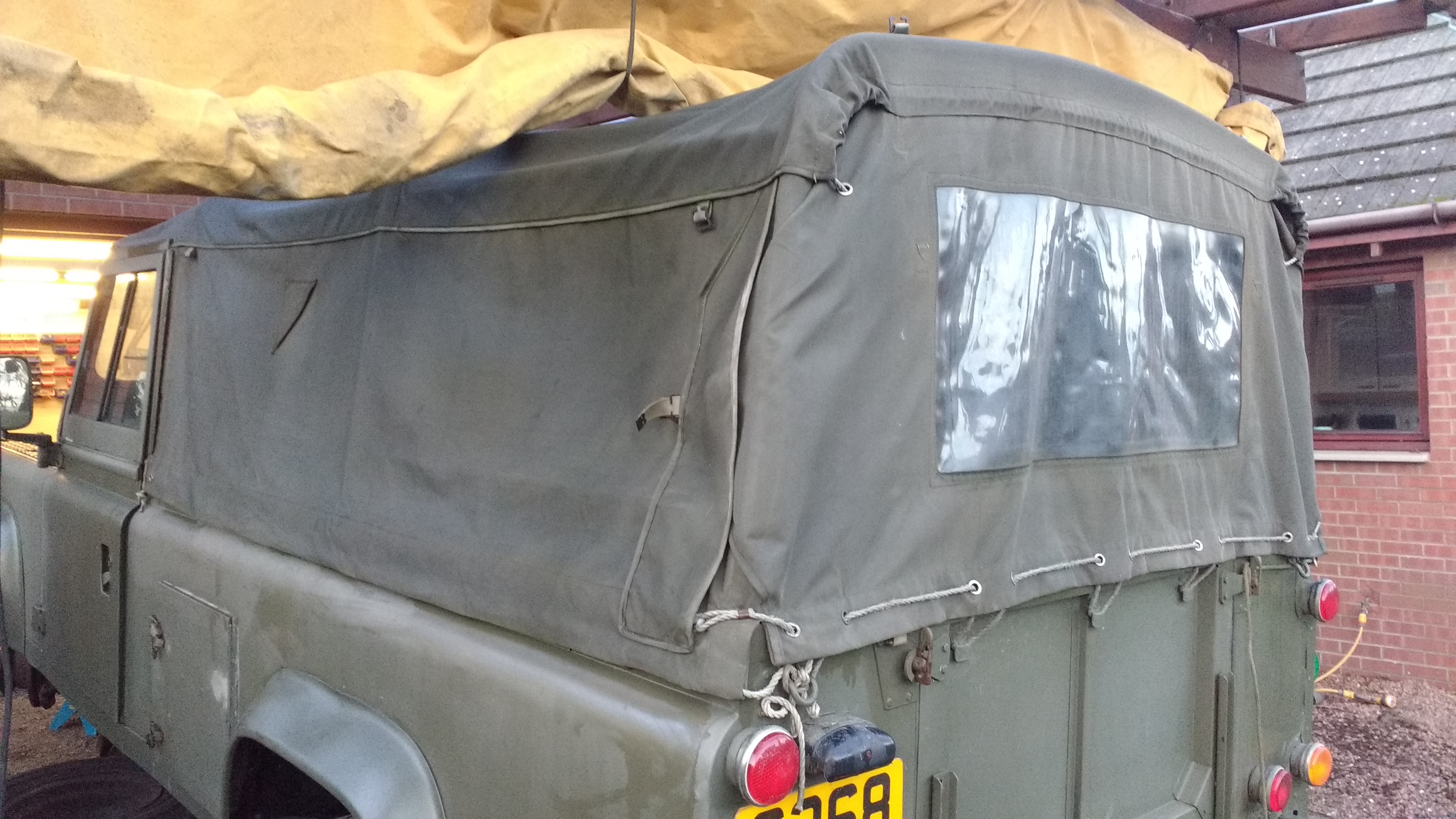 Mmmm, much better. That not-properly-closed passenger door is really annoying me now though.