It’s been 7 months or so since I picked up the Lambo (as the 127 ambulance is now known).

For the job I bought it to do, it’s been awesome. The difference between it and previous ‘camping’ setups is night and day. As I’ve no doubt rambled on about before, having an all-weather space to kick back in in relative comfort is the business. 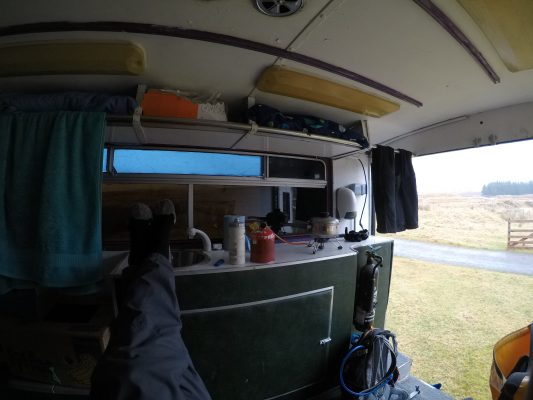 The only real modification I’ve made on the accommodation front in that time has been to add a petrol-fired heater in the back. This was after waking up in mid-November with frost on the inside of the windows and cold toes.

You can get suitable heaters from a couple of different manufacturers in diesel, petrol, and gas burning flavours. I didn’t want diesel, as it would mean carrying a third type of fuel. I didn’t want gas, as that would eat into my range running LPG. That left petrol. Thankfully it seems petrol is the least popular option for secondhand heaters, so I picked one up for a decent price on eBay. I assume most campers are diesel-engined with LPG for cooking, so people probably want diesel or gas heaters.

The ambulance would have had a heater originally, but the previous owner removed it when it died. This meant there was a handy box under the floor to mount it in, so it didn’t eat into the living space. 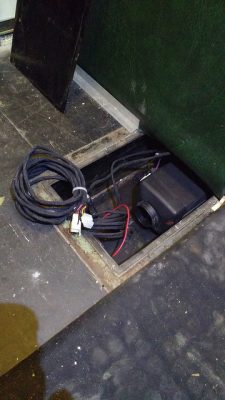 I fitted the hot air outlet in the floor panel, so with the hatch and floor matting replaced it’s totally out of the way. 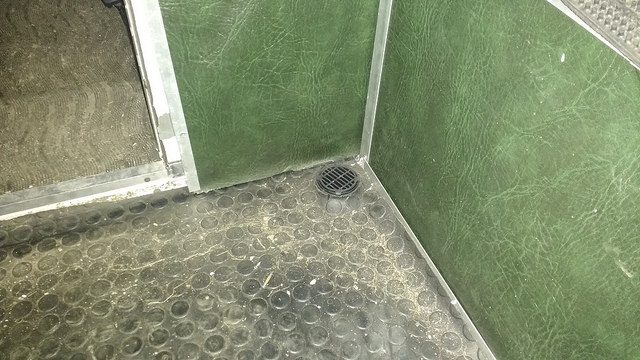 Since fitting the heater the 127’s been in use probably every other weekend. Getting away in winter with previous camper setups based on ‘normal’ Land Rovers was decidedly less pleasant, so I’m totally sold on having a dedicated box-body camper. It’s cold enough up in the hills without coming back down to a freezing night in a metal or canvas box. 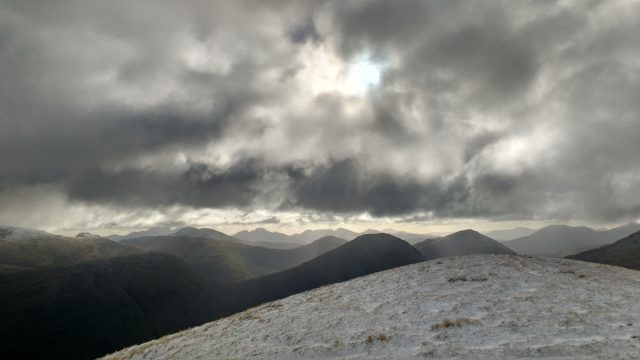 I’ve done a few bits and pieces mechanically, but largely it’s just been maintenance – there haven’t been any major issues.

Cosmetically there’s some work to be done yet – the paintwork is shocking, so it’ll get a respray when time permits. Swapping the bonnet for one that’ll take a spare didn’t help. If you look really closely, you can just about tell that it doesn’t match the rest of the bodywork… 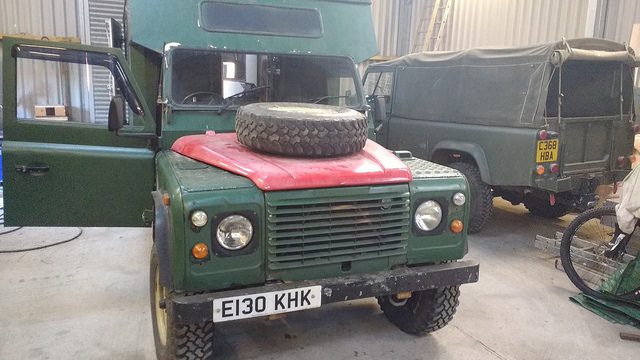 Good though the 127 is, there’s change in the air. When I first started going away in the Lambo, it was usually for weekend hill running escapades. I didn’t need that much gear with me – a kitbag full and that was it.

I’ve been struggling to shift a knee injury for several months now though, so I’ve been spending a bit more time on the mountain bike.

Splendid though this has been (the biking, not the knee injury), it has highlighted some storage space issues with the 127. If Kathryn and I are both heading off for a spot of bicycling, the living area gets pretty much taken up by bikes and kit. The bikes then need to get removed and locked up outside to fold the bed out. The bikes could get mounted outside on a rack, but from a security perspective that’s not perfect.

As problems go, ‘my campervan isn’t big enough for all my leisure equipment’ is definitely of the first-world variety. This setup is totally liveable with for weekend breaks around Scotland. 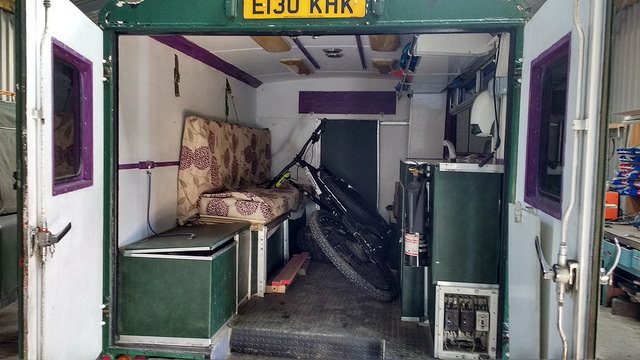 The main driver for change is our plan for a roadtrip that’s going to need* a bit more living/storage space. The plan is fairly embryonic, but it’s probably going to involve around 6 months worth of living on the road (and off it, to an extent). The route isn’t dialled yet but we’re currently looking at a West-East effort culminating in Japan or South Korea.
*I use this word loosely.

Because of this, I’ve been looking at options for larger vehicles. I’d drawn up a mental wish list to work out what would be best suited:

A 130 ambulance would give a bit more room than the 127 (the wheelbase is the same at 127″, but 130’s had bigger ambulance bodies), but wouldn’t solve the payload issue. Nothing Land Rover-ish would be up to the job – even a crazy 6×6 Perentie wouldn’t be *that* much bigger, even with the wider body that Perentie’s have. Besides, a Perentie would fall well short of the ‘reasonable purchase cost’ criterion. Hmmmmmmm. 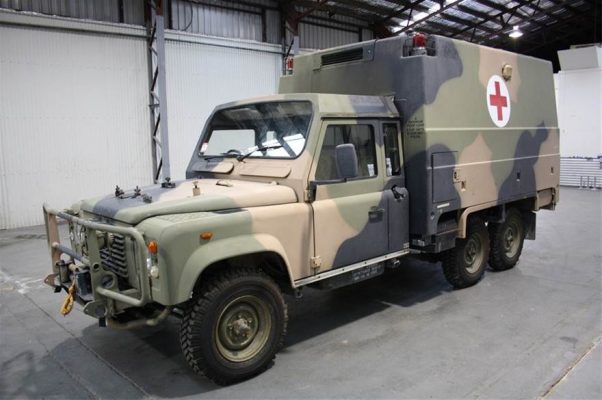 Something like a Pinzgauer or Unimog would be pretty cool, but ultimately the payload isn’t that good, they cost a fortune, and they’re a bit too off-road biased for what we need (or want).

Things weren’t looking good. I was idly browsing one of the ex-MOD auction sites a few weeks ago, though, and spotted the Leyland Daf t244. A spot of google research provided some promising info – 4 wheel drive, 4 ton payload, vehicles and parts readily available for much cheapness from the usual ex-MOD outlets… 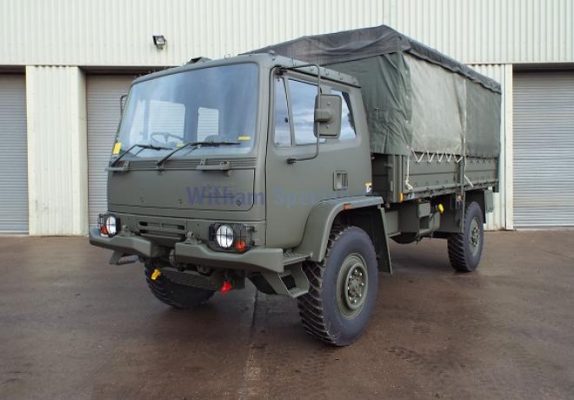 By chance I was round looking at a Land-Rover based kitcar the other week, and the owner had a t244 sat in his yard. It looked just the job, and he seemed fairly complimentary about it.

The load bed looked promisingly large too. I didn’t measure it, but from this schematic I’m guesstimating at maybe 2350 mm wide by 4000 mm long internal. The load bed is 1405 mm off the ground unladen, so I could get another 2 metres on top of that and still get it in the shed. Ok, that’s not quite enough for 6’3 of headroom, but you can’t have it all. The Lambo is only 1750 mm wide by 2660 mm long in the back, so the Leyland has almost twice the floor area. The Lambo is only 1590 mm tall inside, so if I could get 1800 mm or so internal height on the Leyland that’d be a decent improvement. 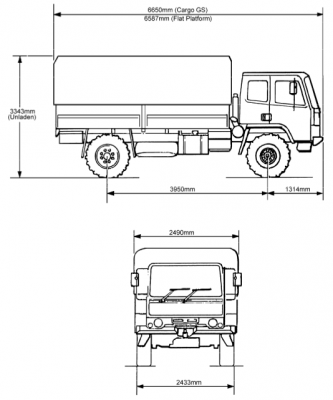 Supposedly one of these will do 13.5 mpg at 80 km/h. That’s not fast, but hey – it’s about the journey, not the destination! It’d suck on a motorway, but there shouldn’t be too much of that for what we’ve got in mind. It probably wouldn’t replace the 127 as a ‘nip over to the West coast for the weekend’ type camper, for speed and thirstiness reasons, but as a medium-term ‘place to live that also drives around’ hopefully it would do the trick. 13.5 mpg is roughly what the 127 has averaged over the last 3000 miles (it’s done 13.2 mpg). The 127 runs on LPG though, which is less than half the price… We’ll need to budget a fair bit for fuel in a t244!

There are one or two other issues with getting one of these. At over 6000 kg unladen, I’ll not be driving one on my weedy 3500 kg car licence. I’ll be needing an HGV licence. The plus side of that heft is, it should handle me building a box on the back and chucking in a couple of bikes and a few months worth of tools & kit without going anywhere near maximum payload.

I’ll also need to free up some cash (and space) to make this happen, so some Land Rovers will need to go. In fact for 6 months worth of travelling cash, they’ll probably ALL need to go. That’s kind of upsetting but hey, one day I’ll be dead. I’ll not be doing any epic roadtrips then, so I may as well make the most of it while I can.

In conclusion: the ambulance is awesome, but I’ve moved the goalposts…