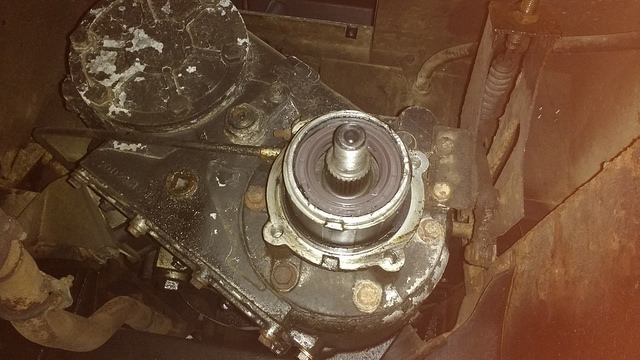 The 110’s hitherto bone dry underside was sullied last week with the appearance of an oil leak.

The oil was making its break for freedom out of the drain hole behind the handbrake backplate. 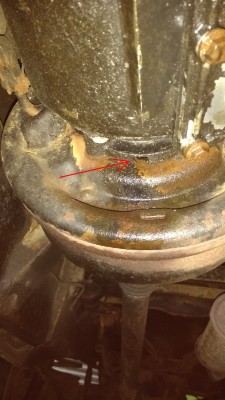 For oil to escape here, the rear output seal must be leaking. This seal stops oil getting past the output flange that sends drive to the rear axle. This is an LT230 transfer box, but the principle is the same on any of transfer boxes used on the beam-axle models.

First things first, the oil needs to come out. 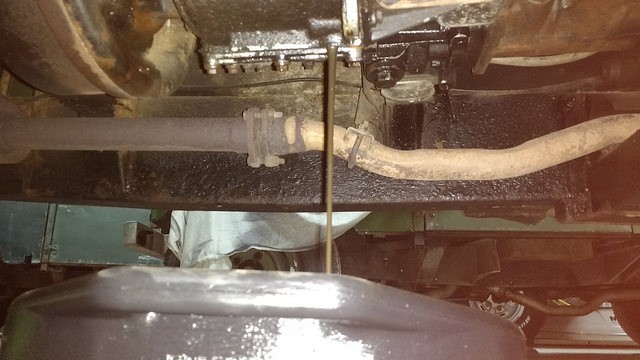 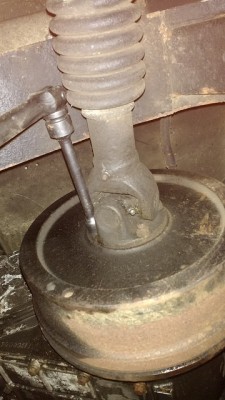 Back off the handbrake cable and shoe adjuster. 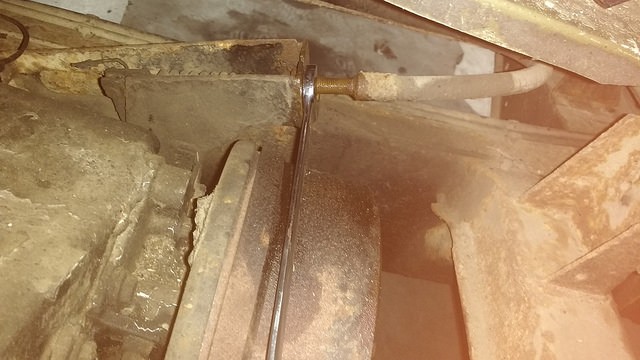 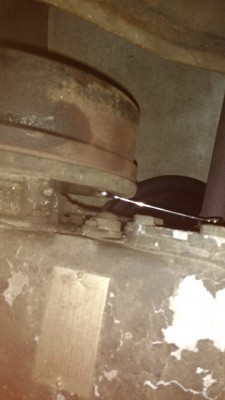 …And remove the drum. The oil catch plate has done its job – the drum is clean and dry. 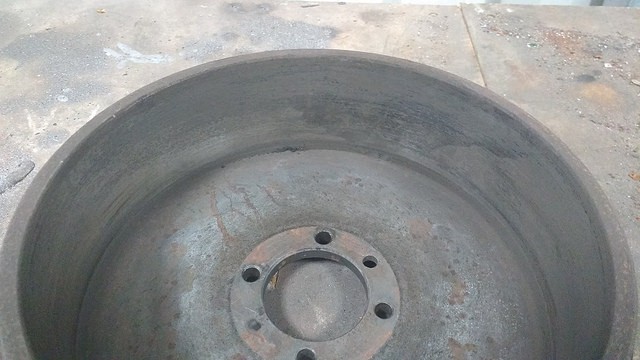 Early series transfer boxes (see 1960 model, below left) didn’t have the drain hole, so an oil leak past the drive flange contaminated the handbrake with oil. Not ideal. The drain was added on later series models (see 1971 model, below right) and carried forward to the coil-sprung models. 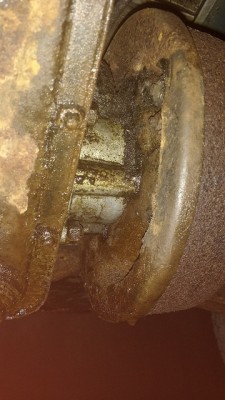 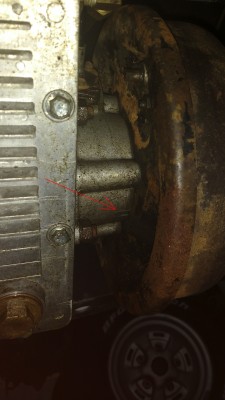 With the drum removed, the nut holding the drive flange to the output shaft can be removed. Either make a locking tool to fit the flange PCD to take the reaction torque (I cut up an old UJ and welded a long bar to it), or put the box in gear and chock the wheels. 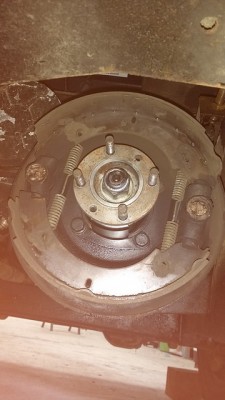 The drive flange will then slide off the splines. 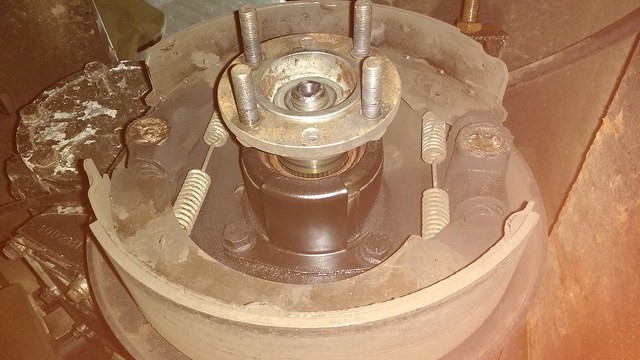 Any wear or pitting to the seal land and I’d replace the drive flange – this one’s in good nick so was good to be refitted. 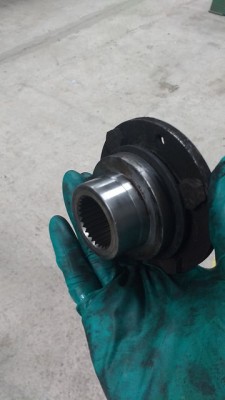 I removed the oil catch plate and handbrake back plate to clean off any oil that had gone astray. 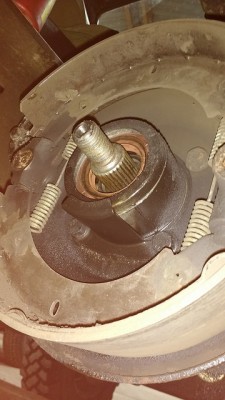 The oil catch plate has evidently been doing its job – without it the handbrake would have been full of oil. 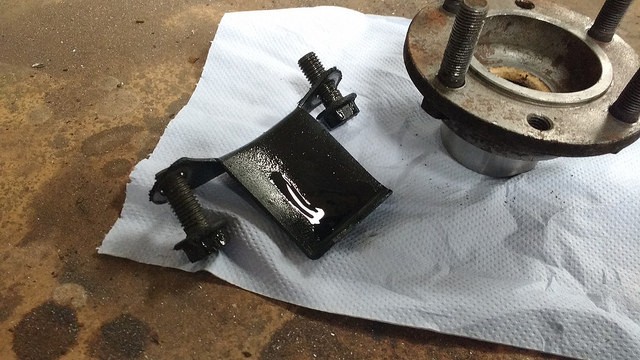 The metal dust seal comes off with a spot of lever action. 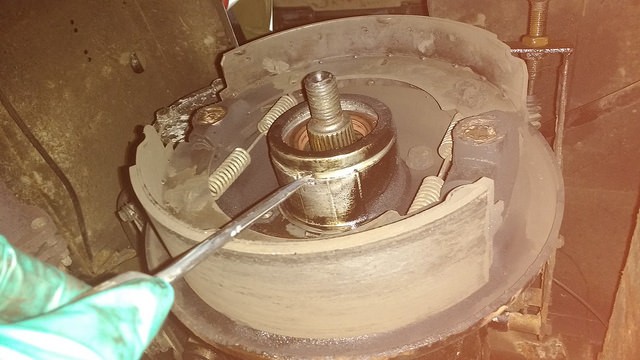 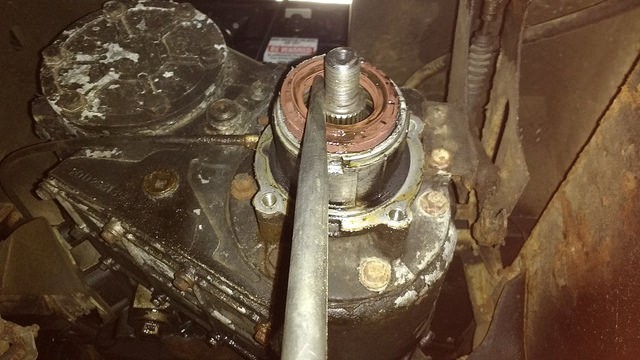 This one has had a few seals changes previously, judging by the chunks taken out of the speedo housing. Presumably the mechanic removed the seal with a convenient lump of granite or something… Sealing surfaces were smooth though, so other than looking a bit shit there’s nothing to worry about here. 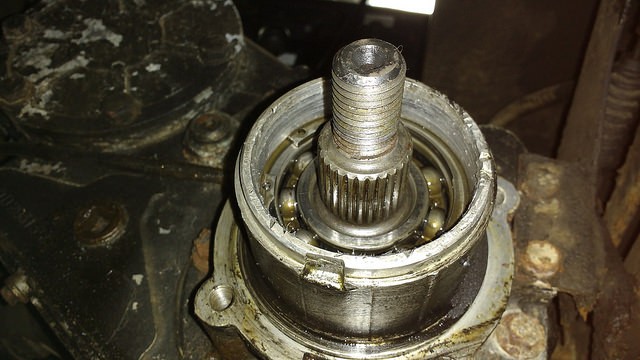 A hub nut box spanner is just the job for pressing the new flange seal in. Not much force is needed to seat the seal, so the thin wall section of the box spanner isn’t an issue. 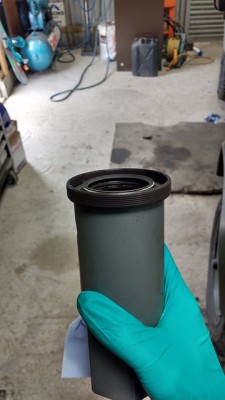 Seal replaced, with a smear of Hylomar on the OD to fill any imperfections in the speedo housing. 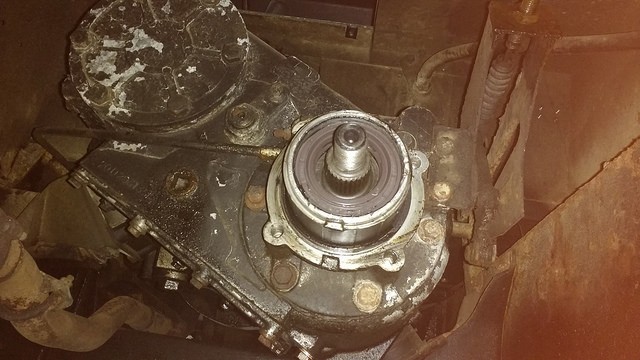 With everything else refitted, the prop goes back on and the handbrake is re-adjusted. 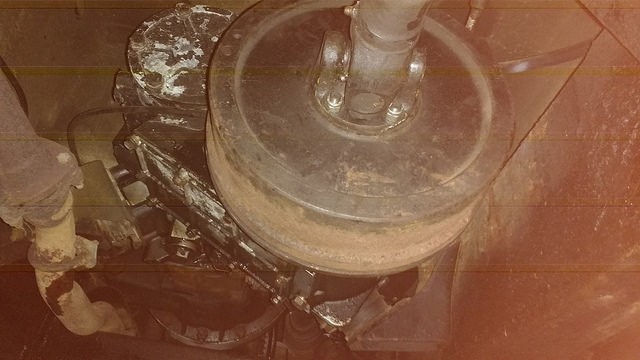 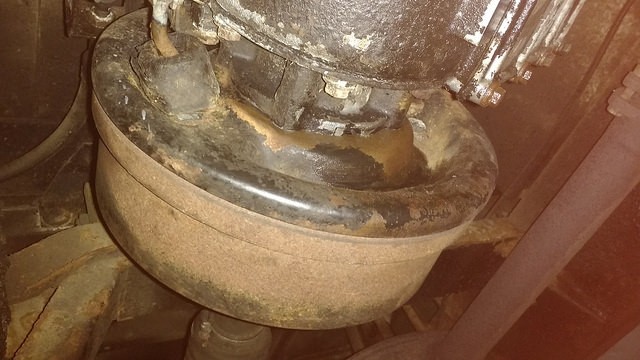