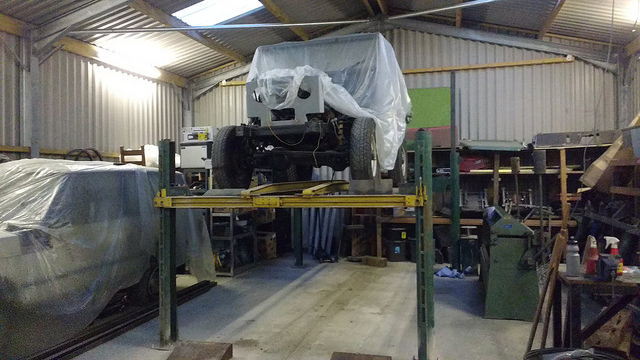 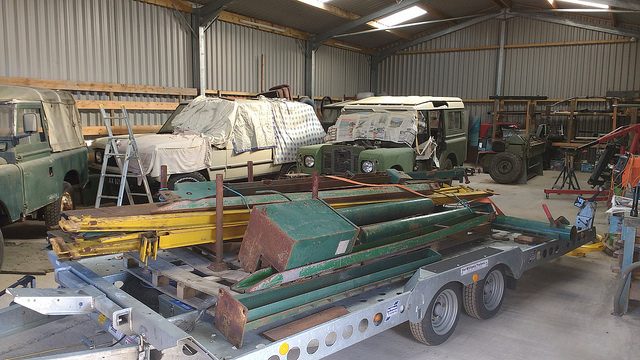 It’s a properly old machine – they made these in the late 50’s to early 60’s. They’re very nicely made – simple, old school engineering. Pretty much the Land Rover of the ramp world.

They are still widely used today, though 2 post ramps are much more popular now. My first job post-school was for a company that refurbished them, so I’ve got a bit of a soft spot for them.

This particular one was advertised as being 3-phase. After getting it home, I got a quote for putting in 3-phase power – and it came to the princely sum of £31k. Yes, that’s £31000! Thirty. One. Thousand. Pounds.

Clearly I wasn’t going to stump up that kind of cash, so the ramp sat in bits for a year or so until I decided to bite the bullet and buy a 3-phase inverter for it. Inverters allow 3 phase kit to run off a single phase supply – they’re not cheap, but a lot cheaper than £31k.

Inverters need to be rated to suit the motor. I whipped the lid off the power post to see what the motor was rated at to find… a single phase motor. No inverter required. Maximum win! 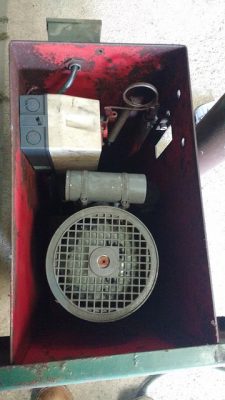 I wired the motor up, chucked some hydraulic oil into the power post reservoir and it fired up no bother. The piston movement was a bit sticky, so I suspect the bore was a bit corroded due to lack of use. 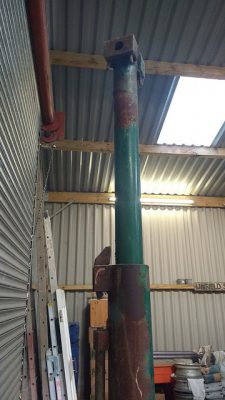 The pulley mount plates on one of the beams looked like it had been run over by a forklift or something. As a first pass, a bit of heat and the strategic application of the 127’s vast weight got it mostly straightened out. 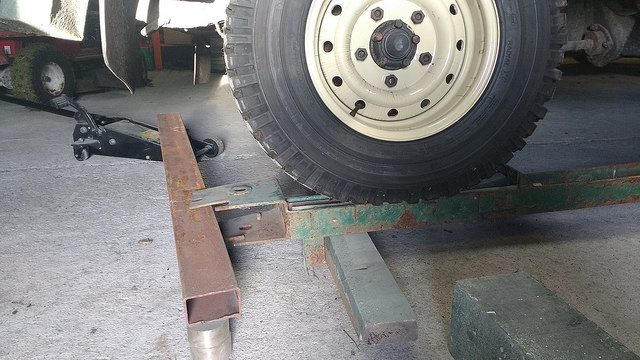 A few bits were missing, too, so I had to buy a few parts to get it going – all of the power post pulleys were awol, as were the guide rollers. Thankfully getting spares is no bother, they’re still well supported.

Next job was to roughly line up where the ramp would sit, then bolt down the power post. The posts are held down by 5/8″ UN anchor bolts (or they were in the 50’s, I opened the holes up a smidge and used M16). 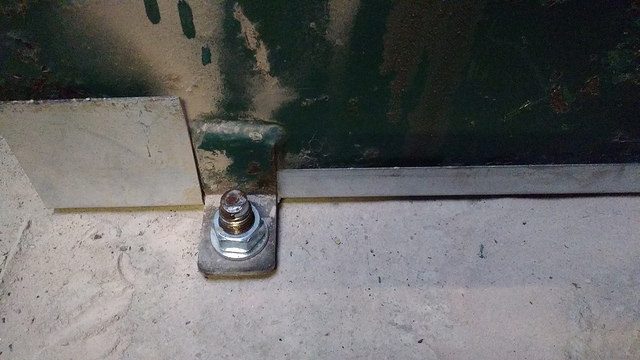 You need at least a 6″ deep concrete base and 5″ of engagement for the anchor bolts. I don’t know how deep this concrete is, but I was still drilling through concrete at 6.5″ so I’m happy. The shed was built for storing tractors so I assume it’s a pretty thick base. 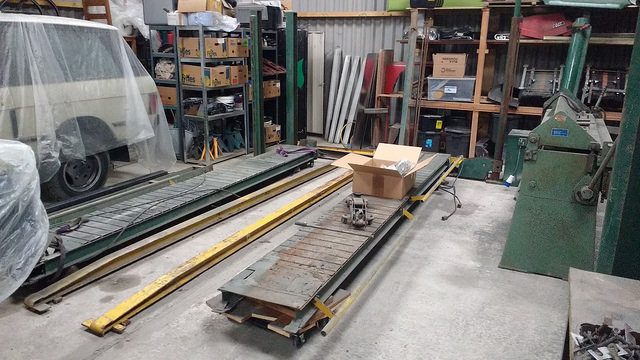 Once the power post is bolted down, that becomes the datum for setting up the others.

When I came to fit the last slave post, I realised that the beam I had earlier straightened the pulley mount on was actually twisted along it’s length. It was about 2° out, which was far enough out that it wouldn’t sit in the post properly. This problem was solved by cutting the bracket off and reattaching it. 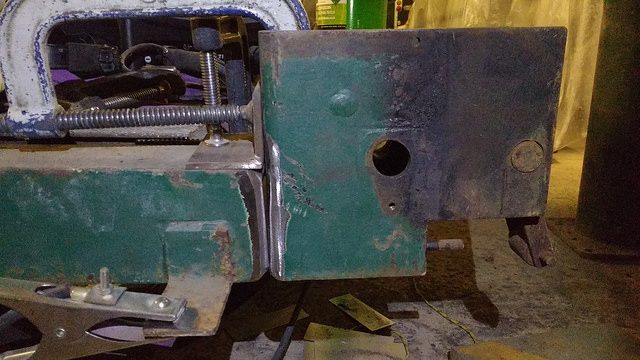 The consequences of failure of this joint are pretty severe (like, instant death by falling Land Rover), so I added a few tasty gussets for peace of mind. 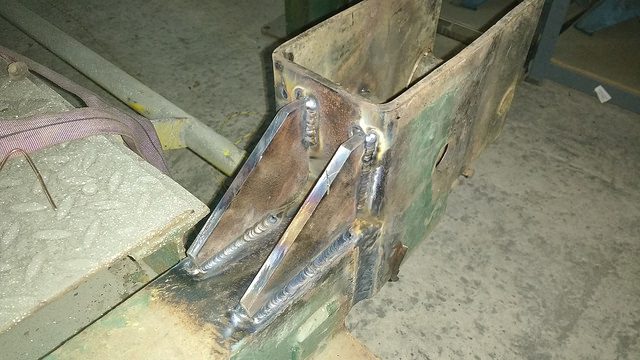 Once all the posts were bolted in, I fitted some new ropes and gave it a whirl. 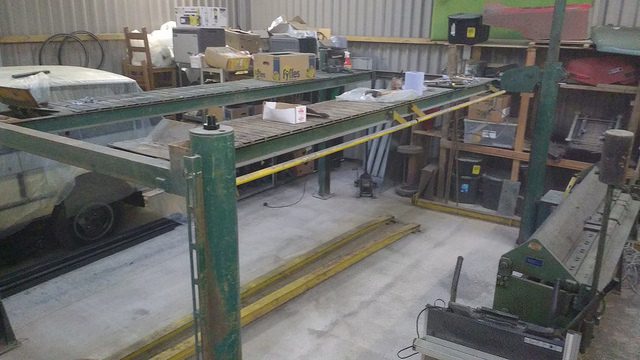 There were still a couple of wee things to sort out. The pulleys are supposed to have covers with integral mounts for guide rollers. 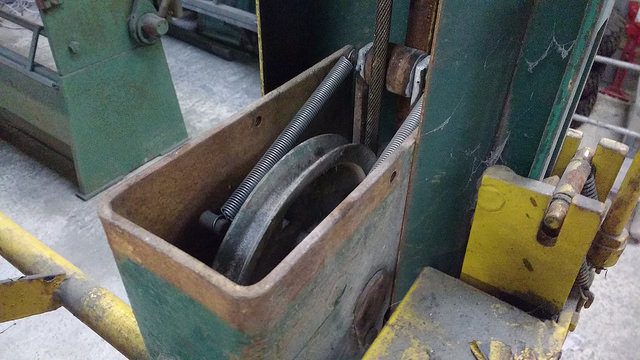 These were awol, and genuine new ones were £ridiculous, so I cracked out the ghetto lathe and made a few. 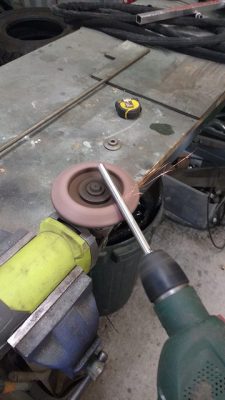 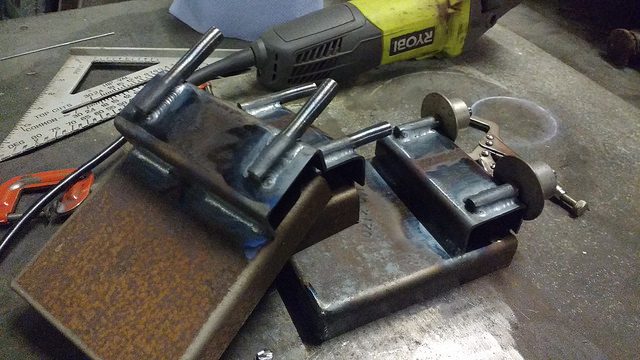 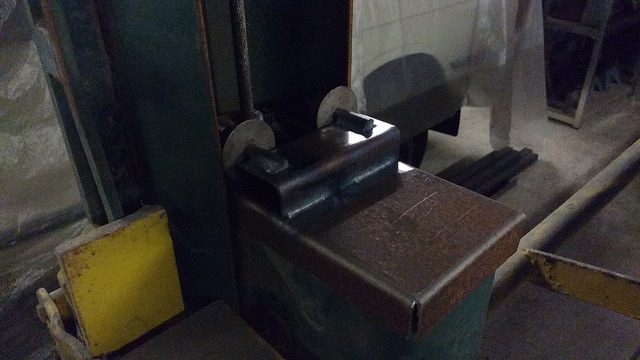 After running it up and down a few times with no load, I gave it a wee load test with the frankenseries (which looked delighted with the experience, check out that grin). 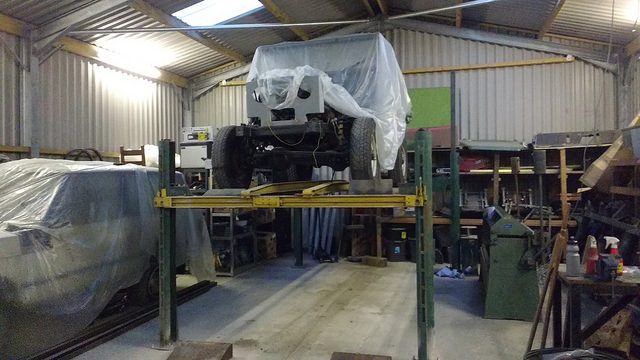 It went up ok, but the ram seal was shot and was leaking a lot of fluid. This isn’t a big deal, I popped the ram out and fitted a new seal. I hadn’t done this at first as I wanted the old seal to clean up the bore a bit before fitting the new seal. 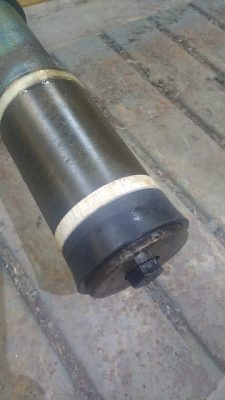 New seal fitted, it got the Lambo load test. 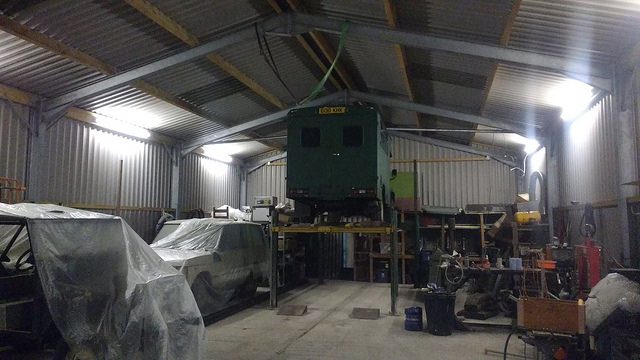 The ramp is rated at 3050 kg, the ambo can’t be far off that. I’m not hugely comfortable using the ramp so close to its rated limit, so the ambulance is only on there for a load test. If it can take the weight of the lambo though, I’ll be quite happy standing around underneath it with lighter vehicles.  I actually bought the ramp before the 127 – if I was buying one now I’d get a 4 tonne one to give a bit of headroom.

All in, the ramp now owes me about £600 in total. Not bad at all I would say, considering how much easier a lot of jobs will now be.